The Future of Resolving Disputes by Ellen S. Ross

The internet is barely beginning to catch up to what I envision as the future of communication.

THE LEAP FROM REAL TO VIRTUAL

As an attorney for many years, I have kept pace with technology through every development. Until now, I used Second Life® mainly for personal/leisure activities. But when I began to study divorce coaching, it occurred to me that I can deliver coaching services in-world, as well as in my New York practice. I also belong to the very active Second Life Bar Association.

The Justitia Virtual Legal Resource Village, where I have my virtual office, was developed by attorneys to expand their practices and reach out to those unable to physically visit their offices. Virtual meetings have many advantages of convenience and comfort. For the sole practitioner, it provides some of the benefits that one misses when working alone, such as interaction with non-adversarial attorneys.

I live in upstate New York, where weather and travel are often obstacles to physical meetings. I am trained in collaborative law and mediation, but I find that in the “real” physical world, there are limited opportunities to do this where I live and work. SL, as well as Skype and other virtual meeting places, can be great platforms for mediation, collaborative law, and coaching. I’m particularly fond of SL. I think that people are becoming more open to doing business there.

While there are limits to what I can do professionally because of my location, and the fact that I am licensed to practice law in New York State only, now in today’s connected world, location is not as much of a barrier. For example, I attended trainings in 2005 (in Rochester, New York) and 2009 (in Latham/Albany, New York) for collaborative law (when both attorneys and both parties reach an agreement at the beginning of a case, usually in matrimonial/family law, although used in other case types as well). However, although I took the training twice, I have not been able to do much collaborative practice, because none of the other attorneys in my region (Fulton County or Montgomery County) are interested.

I live in a fairly rural and conservative area, so the people here are not yet as interested in these alternative approaches. Many still live in the past where an attorney’s “world” is limited to his or her geographic reach. But this is changing. 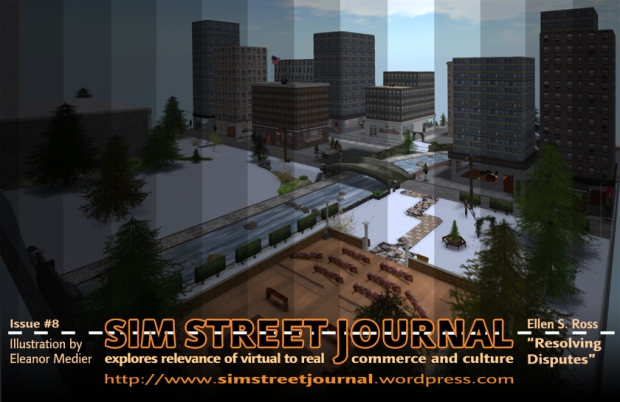 ADAPTING TO THE ENVIRONMENT

Practicing law is different in the virtual world because there is much more flexibility. Yet many people are still hesitant. Some of the concerns are about privacy or security, but the telephone is not necessarily much more private and secure either, especially since most people use cell phones (I gave up my land line years ago). More and more, I have found myself communicating with clients by text message, something which would have been unheard-of a few years ago. There are virtual platforms that I use for my practice, such as Clio (another, similar one would be Rocket Matter) which allow secure document sharing. I find that people like Skype once they try it, but again, they are often reluctant. Now, I also spend quite a bit of time on Facebook.

I try to be on the cutting edge for law and technology and believe in being open and flexible to new ways of resolving disputes. I attended my first mediation training way back in the 1980s, around the same time as the introduction of the early personal computers with the black screens and green letters!

The attorney’s role is important, but mediators and coaches can play major roles in helping people approach the emotional issues through a different mindset.

For divorce or partnership disputes, many in conflict have difficulties meeting face-to-face. Virtual interaction is more manageable where emotional distance is possible. Several platforms, at varying costs, help to keep communication more civil. There are systems online now where estranged parents can communicate with each other about their children’s scheduling, etc. It can avoid some fighting.

People are gradually accepting alternative platforms for making the process less painful. There is no way to make divorce or separation totally painless. But alternative dispute resolution systems can make it less horrific than the adversarial court system. I handle a lot of child custody and visitation matters locally, and it can be so damaging to the children when the adversarial system encourages parents to attack each other to destruction. The “battle” attitude in the “war for the children” takes a huge toll on everyone, the kids most of all.

I want to use the collaborative law process in SL, if other collaboratively-trained attorneys would participate, and if the clients are comfortable with this venue. Though no one can be offered real coffee or snacks, there is more emotional safety when participating from a computer.

For official legal matters, I can only represent clients on cases in the State of New York. But for coaching and mediation, those limits do not apply. Coaching is generally one-on-one, although there can be “group coaching,” which is more like a class. I am interested in offering this service online, if people would like to participate.

There are also new forms of relationship conflicts in virtual worlds. Yet we are still people interacting with other people, and the basic concepts of contract and property still apply. Attorneys must adapt those principles. Sometimes it seems completely new and different. But many of the issues are the same, classic ones, that human beings have experienced for years; only the details are different.

In any world, when people make any kind of commitment, there needs to be full disclosure of whatever would is relevant to their situation and expectations.

The biggest challenge in practicing virtually is the rate of acceptance—getting people to open up to the possibility that this can really be “just as good” as going physically to a lawyer’s office. In many cases, it can be better. Practicing law is a blend of tools applied to a particular situation. For example, I can offer coaching and other services outside my physical jurisdiction. But to represent clients, as an attorney, I am limited to my own state. I can do coaching with anyone from anywhere, and coaching is often the greatest need.

The concept of divorce coaching is relatively new, but it will continue to grow. So I am re-taking the Certified Divorce Coach training program. When I finish, I will display the “Certified Divorce Coach” title and logo. 🙂 Others are now recognizing that not all issues can be resolved through the legal process, such as in the initial decision whether or not to go forward with a divorce. The coach does not have a “vested interest” in making a divorce or legal separation happen. And the attorney’s toolbox is somewhat more limited. An attorney can only “help” through the means provided by the legal process, such as negotiating a separation agreement, or taking the case to court to get custody, support, or whatever else the client needs.

IN PURSUIT OF EMOTIONAL JUSTICE

I wish to do more and more work online, and less in my physical office. SL, Skype, and various other platforms, can provide the means. I also see alternative dispute resolution as a better option for most people than going to court. Very often, too much is expected of the legal system.

Whether operating in the virtual world or in the physical world, the court system cannot deliver emotional justice. So often, people go into court with the expectation that the judge will see that they were right and the other party was wrong. They want that validation, from an outsider, that determines how other party is a bad partner or bad parent, or whatever the role may be, and that the justice is their way or no way. When it doesn’t really happen their way, they are left angry and unhappy. Even the people who “win” in Family Court are often back within the year. No “win” can deliver what they really need. The affirmation that one is the “better parent” and that the child would be better off with as little contact as possible with the other parent is seldom true. But emotionally, people want that declaration. So the battles rage on, with new petitions filed every six months to a year, and the child suffers. People want emotional justice, but they don’t get it. The system is not designed to deliver what they want. It’s a no-win scenario.

Problems do happen. Some can be addressed through the legal system, but many more cannot. People with disputes are better off devising their own methods for resolution, with the help from coaches and mediators, rather than depending on judges. Now there is a wider range of possible solutions to any problem.

Coaching can help people see where they came from and how to get where they want to be. It is goal-oriented—to reach a solution—not therapy. Though coaching aims at positive growth and change, it is not about diagnosis or treatment. The coach is a compassionate and active listener, helping the client reach his or her own conclusions. Sometimes, clients need both coaching and therapy. Similarly, they might need both coaching (one-on-one) and mediation (neutral meeting with both parties). But the same facilitator can’t do both.

Friendship is friendship, love is love, whether in virtual space or physical space. There is always pain when a commitment is made and broken, even when the legal system does offer a remedy.

So, to best handle all relationships, communicate expectations …. write agreements when possible …. and be open to alternative dispute resolution methods when things do go wrong. SL is a good place to explore many of the best possibilities. —Ellen S. Ross

Enjoy different, but related, issue versions: online and in-world (available at the Second Life® SSJ office (Innu 40, 36, 1650) or here as a PDF: sim street journal #8.
Back issues are available on MARKETPLACE).

Contributions are encouraged if covering topics relevant to the real world readers.

Sim Street Journal explores the relevance of virtual to real commerce and culture.

One thought on “The Future of Resolving Disputes by Ellen S. Ross”